As vehicles get electrified, the conventionally followed fuelling option is to charge the batteries. Vehicle batteries are best slow-charged overnight in six to seven hours. Lower temperature and lower charging rates make the battery last longer. However, if a vehicle is driven in a day longer than the range provided by the battery (say 100 km), the batteries are Fast-Charged. This can be done in 45 minutes to an hour as long as the battery is cooled during charging to keep battery temperature as close to 25°C, as possible. Waiting for 45 minutes to an hour (1) for charging can be very often problematic. There are batteries which can be fully charged faster than this, but they are expensive. Of course, one can use larger batteries, which would give longer range (say for example, 300 km), so that vehicle rarely requires more than one charge on a day. This, however, also significantly increases the cost of the batteries and therefore that of the vehicles. Also, higher weight of the battery implies lower energy-efficiency of the vehicles and therefore lower range.

An alternative, not considered in nations where affordability is not a serious issue, is to use smaller battery providing limited range. The vehicle weight is also reduced, enhancing the overall vehicle energy-efficiency. When the battery runs out, one does not go to a charging station; instead, one goes to a Swapping Outlet, which keeps an inventory of charged batteries and swaps the discharged battery with a charged one. This can be done in less than five minutes, time that a petrol/diesel vehicle takes to fill the tank. Further, the batteries may be no longer purchased with the electric vehicle, reducing the capital costs of the vehicle. Instead, the battery is purchased by an “Energy Operator (EO)”, which carries out charging and swapping and leases out the battery to the user. Once a discharged battery is swapped at Swapping Outlet, the discharged battery is taken to a conditioned environment, where the battery is cooled and charged in about two hours, ensuring that the life of the battery is maximized. The battery-lease charges depend upon the energy actually consumed and the battery-leasing rates is based on the depreciation and the interest-cost of the battery plus the charging-cum-swapping costs.

With Battery Swapping emerging as an option, a taxi-fleet may have two options:

This option may be more meaningful for a private vehicle rather than a taxi. The vehicle is sold with a small fixed battery (say with a 100 km range). But the vehicle has a slot for a second battery, called Range-extension battery (RE-battery), which may be added or swapped at a swapping station, as and when needed. The fixed battery is slow-charged overnight and the vehicle can have 100 km range in a day (2). Most private vehicles travel less than this range for 90% to 95% of days. On the days the vehicle needs to travel a longer distance, it just drives to a Swapping Outlet and gets RE-battery mounted, doubling the range. This is just like getting petrol filled, as it happens only once in 10 to 15 days. If one needs even longer-range, the RE battery is swapped. The RE-battery is returned to any swapping outlet, once used. So the vehicle does not require any fast charging; slow-charging of fixed battery during night-time is adequate, maximizing the life of the battery.

EV purchased without a battery

In this case, the taxi is purchased without a battery (3). The capital costs of the vehicle is even lower as compared to the vehicle with RE battery. Battery is just leased in, when required. Only a single battery would normally be used, but a taxi-driver, going on a long-route, where the Swapping Outlet is unlikely to be available, may choose to get both the batteries mounted. Only disadvantage is that a person may have to go to a swapping outlet every day, but for a taxi it may be a better option.

In the case of conventional EV, the battery is purchased by the customer and the operating costs are electricity costs and overall maintenance of vehicle. When charged at home, the costs will be close to 71.25 per km. This compares well with the operating costs of the petrol vehicle, which is closer to 77 per km. When the EV is charged with a fast charger, the operator of the charger will charge a premium over the electricity costs. The costs may be closer to 72.25 per km.

When a vehicle is purchased without battery, the leasing costs of battery plus vehicle maintenance may amount to 74 per km. This is still much less than the operational cost of petrol vehicles.

Four-wheelers EVs in India need to be different from what is used in other countries, to match the affordability in India. Vehicles with a large battery and fast-charging do not make economic sense. An option, as discussed here is to purchase EV without battery and lease battery as required, swapping batteries when needed. This approach implies that the capital costs of the vehicle is similar to that of petrol vehicle and operational costs are much lower than the petrol-vehicles. This is an excellent approach for taxi-fleets. For personal vehicles, one may use EV with RE batteries. Capital costs will be slightly higher as compared to petrol-vehicles as well as EVs without batteries, but the operational costs will be much lower. RE battery swapping ensures no range limitation. This may be ideal for personal vehicles.

The capital as well as operation costs for petrol vehicles, EV without batteries and EV with RE-batteries is carried out in the box “Comparing capital and operations costs in petrol vehicles, EV with only swappable batteries and in EVs with RE-battery.” Besides, a box on “A Case Study by MoveInSync to establish the commercial viability of Electric Vehicles in Corporate Employee Transportation Segment” compares the number of vehicles required to service requirement of a specific large customer in the three options. Both the case studies clearly point out that EVs with RE option turns out to be slightly better than SWAP option, and much better than Charge option.

Comparing Capital and Operational costs in petrol vehicles, EV with only swappable batteries and in EVs with RE-battery

We assume a total depreciation and interest cost to be 30% of capital cost. Though depreciation of petrol vehicle should be higher than that of EV with fixed battery which should still be higher than EV with only swappable battery, however here we assume everything as same. The total cost of operation for different km usage per year, works out to be as follows:

The case computes the number of Electric Vehicles that may be required for a typical client on a typical day using (i) Range extension battery, (ii) Swapping and (iii) Charging (including fast charging) options. This is used to establish the commercial viability of Electric Vehicles in Corporate Employee Transportation Segment.

A Bangalore based client with operations across two once locations. Client has a large employee base with 5000 employees using our platform across 47 shifts. This meant about 1500 trips being carried out in 24-hour cycle. On average, the trip-time is 98 mins and the average trip-length is 35km.

We analyzed the real-time data, the trip pattern and cab requirement shift-wise for 24 hours across the two once locations. We assumed that for battery-swapping the time required to swap would be 5 – 7 mins (7 mins assumed in computation) and each swap would give a range of 100 km. We assumed in the charging-option that the vehicle will go through three Fast charges (5) followed by one slow charge. Every fast charge takes 60 mins and slow charge takes 6 hours.

Our analysis shows that a total of 199 electric vehicles will be required to service this demand pattern when the vehicles are refueled using battery swapping mechanism. Using the Range Extension strategy, only 195 electric vehicles would meet the same demand. If the same uses Electric Vehicles which with fast and slow-charge, then the number of vehicles required increases to 228.

Simulation was carried out for a typical weekday, assigning a vehicle as and when needed. Vehicles were rotated as much as possible and when existing vehicles were not available for a trip, a new vehicle was added.

To conclude, if vehicles use battery swapping, more percentage of cabs are able to run for higher km on average, thus leading to better asset utilization.

Another way of comparing the three ways of utilization is shown in Chart 2 (a) and 2 (b). Chart 2(a) shows the number of trips that a vehicle does in 24 hrs in the different cases. The same data is shown in percentage terms in chart 2(b). In RE case about 25% of the vehicles are able to do on an average 10 trips per day and 66% do an average of 8 trips per day. The same numbers for swap are 18% and 62%.

To conclude, if vehicles use battery swapping, more percentage of cabs are able to run 7 trips or more on average, thus leading to better asset utilization.

To conclude, RE and SWAP strategy, is certainly better than then Charge. 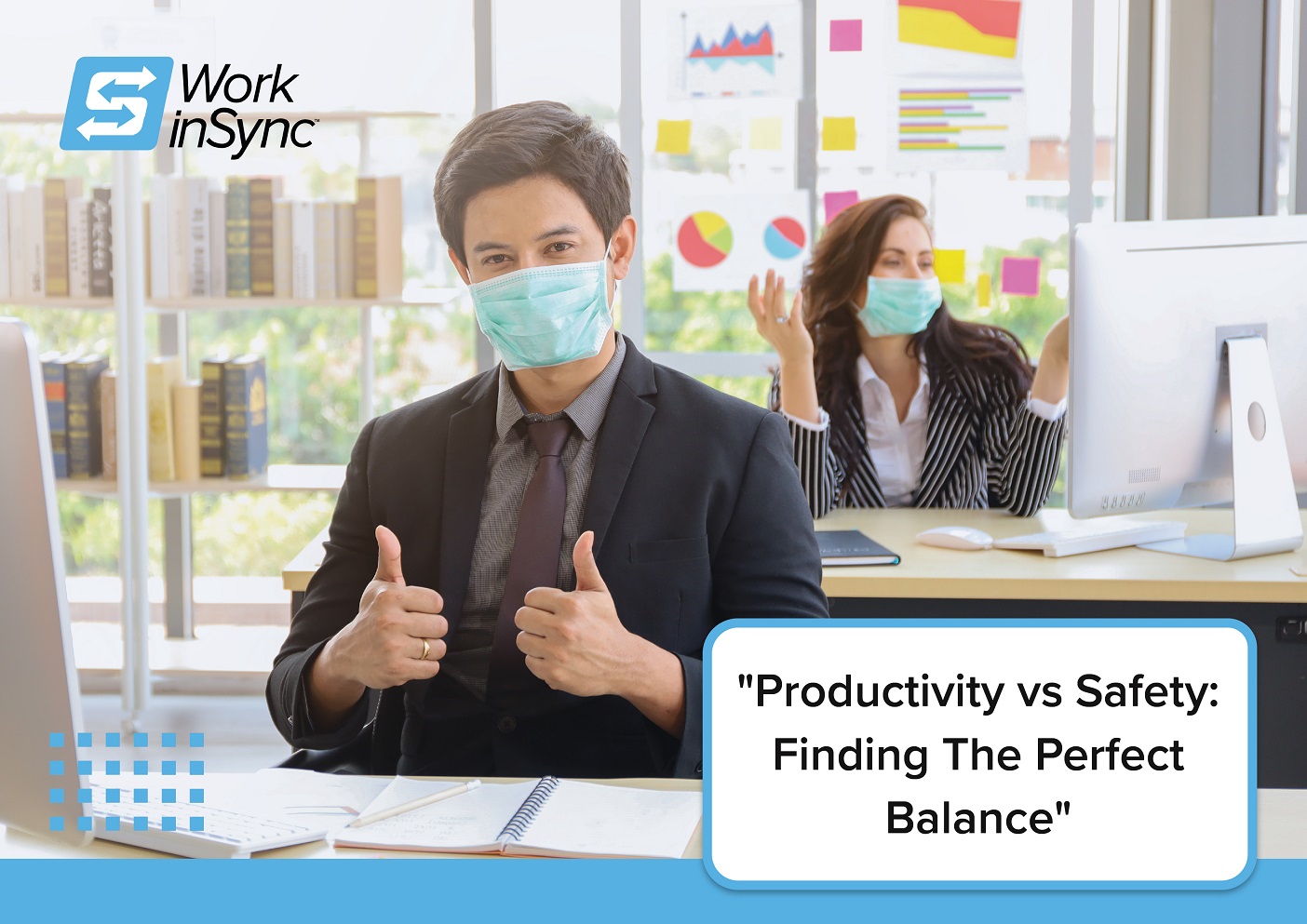 Balance. It is not something we find, it is something we create. Now more than ever ‘balance’ is critical. May that be work vs life balance or the...

The new normal: Effects of COVID-19 on employee well being

There is no doubt that with the onset of the COVID-19 pandemic, our lives have flipped 180 degrees. This global crisis not only brings with it fatal p...

The World Comes backs to order with a New Normal: Resume your work from the office safely!

It has been nearly 70 days since India’s COVID lockdown came into effect. It is the 5th phase of the lockdown, or shall we say Unlock 1.0, and the g...